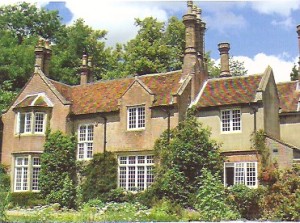 The history of the club can be traced back to 1909, although, it is believed its roots go back even earlier. It started as a single grass Tennis court in the garden of the Old Rectory, North Road, Chesham BOIS. Soon after is appears to have been moved to a single grass court, leased from Captain Trwhitt-Drake located at the back of Dr Challoners Grammar School, Hervines Road from October 21st 1909

In 1920 proposals for new grass courts where made to take the total up to three and the club became known as Chesham Bois Lawn Tennis Club. It seems equality was not quite the same as it is today; for in 1922 the ladies where asked to ‘abstain’ from playing on a sunday to allow the men to practice! 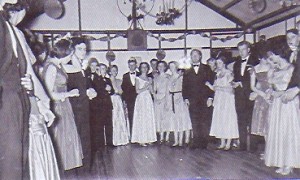 The club seems to have flourished during the 1920’s and 30’s, rent for the courts was set by the landlord at £5 per annum and a lease was granted for 21 years in 1925. A basic wooden Pavilion was built and many dances organised on a regular basis. Raffle Tickets for Wimbledon seem to have been popular and a Tennis Coach was employed in 1931. Membership stood at 63 Full and 19 Midweek.

1933 saw the building of three hard courts (red shale) in addition to the three grass courts and in 1935 a full time groundsman was employed. A year earlier the Tennis Junior section was formed initially only operating during school holidays.

The lease of the club was extended for a further 21 years in 1942 and the club seemed to remain stable during the War years although maintenance of the courts suffered a bit! By 1948 membership had risen to 112 Full, 70 Summer, 10 Junior and 10 Honorary Members. Membership had grown to such an extent that Membership was closed to all except for people with ‘exceptional and unusual qualifications’! In 1956 the club started to actively look for a new site before the lease expired in 1963…

A suitable site was located in 1958, a field located at the rear of Culvermead, Copperkins Lane purchased for the princely sum of £750 from the estate of a Mr White. The existing location lease was surrendered to Bucks County Council.

Now firmly established in its current location it was agreed in 1967 that to attract more members a new sport should be developed, the driving force behind this idea was the late Ken Nunn…the sport chosen was Squash. Two years later Founder members of the Squash section paid 12 Guineas to help finance the construction of 2 courts, in return 3 years full membership was included. At the same time the Club House and Bar (upstairs) where built. In 1971 the Squash Club officially opened, it proved immensely popular as membership soon closed at 150 Full members and a further 150 Midweek members…a third court was promptly proposed! The original courts are courts 2 and 3, the third is known as court 1 today. At this time the clubs name changed to Chesham BOIS Lawn Tennis and Squash Club.

The Club now had 2 Squash courts, four grass Tennis courts, two red shale courts and two En Tout Cas courts (crushed brick and burned shale). Planning permission for the third Squash court was obtained in 1972. In 1977 in was decided the four grass courts should be replaced with Laycold Courts….the end of an era. In 1987 the club was extended and a full time club manager was employed and in 1988 the club Tennis shop was opened. 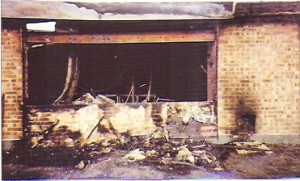 1989 saw disaster strike at the club, there where a series of break-in’s starting in February and culminating in a fire at the club inOctober which completely gutted the club house and Squash courts. Both the club house and Squash courts where unusable for nearly a year. The culprits where eventually caught thanks to the diligence of one member, Mary Crowshaw. Mary also became instrumental in the re-building of the club and was made an Honorary Member in 1990.

1992 saw the introduction of Floodlighting on three of the Tennis courts and in 2001 the Tennis Shop was relocated to a single storey extension adjacent to the Dining room. At this time the web site www.cbltsc.com was launched and proposals for a fourth Squash court where made but rejected, the late Ken Goss being the driving force behind the addition of a Glass backed County class Tournament court to increase the clubs profile. In 2003 permission for the 4th Squash court, Tennis court #11 and additional Tennis Floodlighting was granted. The 4th Squash court came into play in November of the same year.

2004 saw the UK’s very first on-line, web based, Squash Booking system installed at the club. Members could now book on-line from the comfort of their home or use a touch screen booking Kiosk at the club. Keyless door entry was installed at the same time linked to the on-line booking system using secure ‘key fobs’ which could also be used to purchase refreshments from the Bar.

In 2008 the club celebrated its Centenary, a committee to oversee the Centenary was setup and many events where organised in celebration. Merchandise could also be purchased and a booklet was produced detailing the full history of the club. 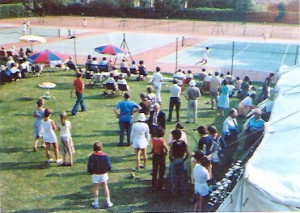 Today the Club continues to grow and develop, there is a very healthy Tennis & Junior section and overall membership remains strong given the current economic climate (2013). Juniors are the future of the club and the development of both Tennis and Squash sections are actively promoted. Now in its 35th year, the club continues to host the Buckinghamshire County Junior Closed Tournament in association with the LTA. In 2012 the club committee laid out its 10 year growth plan laying the foundations for further growth and security at the club.

None of the success at Chesham BIOS Lawn Tennis & Squash Club would have been possible without the dedication and enthusiasm of key members, past and present, who gave and give their time freely to ensure the future success of the club. Their efforts are highly appreciated.

The Club Manager can be contacted at: